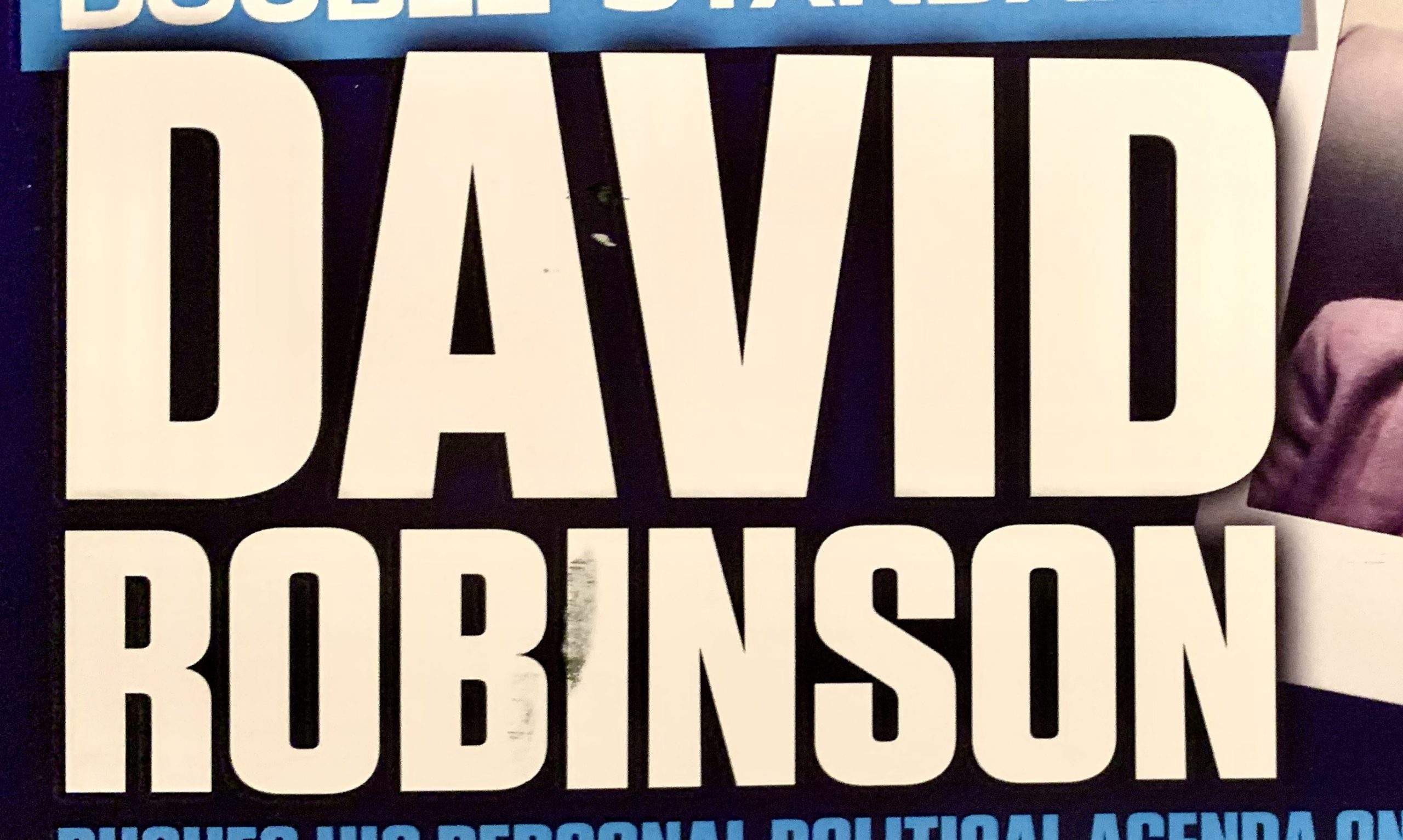 When Mr. Farley ran for City Council in 2017 (when I was on the ballot), and then again in 2019 (when I was not on the ballot), his campaigns and candidacy seemed normal to me.  And I didn’t think about them again until late April, 2020, when the abnormal began.

It began with a long letter, mailed to my home address, that commenced with a quotation from Thomas Jefferson, telling me in convoluted logic that because I had taken a public position on campaign finance in 2019, I now had to publicly call for Council Member Smith’s resignation because of civil complaints brought against him by the Ohio Attorney General’s office.  I replied, methodically and politely, that while I agreed that the complaints were serious, I believed that all citizens are innocent until proven guilty in a court of law, and that I would wait to see what the legal system rendered.  To me, innocent until proven guilty is a bedrock, treasured principle of our system of government, one that I remember internalizing as a child.

I publicly addressed this issue, including Mr. Farley’s letter, back in early May, 2020 (out of deference to Mr. Farley’s privacy, not revealing his identity at the time), and posted it here: https://davidrobinsonblog.com/2020/05/public-ethics-allegation-and-resignation/

However, Mr. Farley sent yet another long letter, this time to Mr. Smith and the whole of Council, commencing with a quote from Dwight D. Eisenhower, that was basically a hard to follow rehash of what he had said in the first letter.  I hoped at the time that this second letter would be the conclusion of this style and form of Mr. Farley’s activities.

But I was to be disappointed, as these letters represented just the beginning.  What has followed is a prolonged series of Facebook attacks, accelerating throughout this election year, where Mr. Farley has repeatedly tried to create scandals where none exist.  It seems Mr. Farley looks through a lens where everything I do is nefarious and hypocritical, and that I am motivated not by a genuine love of my community, but by pernicious self-interest.

And so this Facebook campaign of his has now culminated, the weekend before Election Day, in the postcard attack piece sent to households throughout Worthington. I hope that some day, after the election, Mr. Farley will talk directly with me about his thoughts and his way of seeing things, so that the ogre he has created in his mind can at least be humanized a bit, for the good of all involved. Until then, so the reader may better judge for him or herself, here are my basic replies to his four charges:

Issue #1, Bonnie Michael recusal—Here’s how I see things: If a City Council member accepts a significant campaign contribution from someone who has a direct financial interest in a project currently before the City, a project that requires City Council approval to proceed, then that Member should recuse themselves from casting a vote on the project. That is not complicated to me, and I stand by my earlier position.  I wrote about this at the time: https://davidrobinsonblog.com/2020/02/money-in-our-politics-part-2/

Further, Mr. Farley embeds in his “Context” two insinuations that I vigorously reject:

1) His thinly veiled suggestion that I am misogynistic is highly offensive to me.  The need for empowering women in every conceivable way is central to the way I look at the world and its problems/solutions, and my support for women’s rights is at the core of my public service commitments.

2) The idea that I am opposed to senior housing is a cheap and false attack.  I have publicly advocated, and will continue to do so, for senior housing that is affordable and compatible with Worthington.  I wrote about “cottage courts” when redevelopment of Stafford was commencing, but Council leadership and staff never seriously considered the concept, which I regret. Read about it here: https://davidrobinsonblog.com/2019/04/cottage-courts-affordable-compatible-gentle-density-housing-in-worthington/

Issue #2, Doug Smith, ethics, and resignation—See my comments above.  And one other note: I made a single $100 contribution to Mr. Smith’s 2015 campaign, a full six years ago.

Issue #3, Rachael Dorothy for President—Rachael Dorothy received three votes, including mine, out of seven, when Council last elected its leadership in January, 2020.  I voted for Rachael because I thought she was the best choice at the time to serve Council and the community as President.  I stand by my vote.

Issue #4, PACs?  BWF?  WARD?—It’s hard to know where to start in responding to this spaghetti bowl of loosely related issues.  But the upshot seems to be that he thinks I was unfair in publicizing the influx of developer-related money in the 2019 campaign cycle, and that by extension it is wrong for a group of citizens to organize themselves (the Worthington Alliance for Responsible Development, aka, WARD) and to conduct a campaign to elect officials that support their mission.  Read about the 2019 campaign finance issue here: https://davidrobinsonblog.com/2019/10/open-letter-to-the-public-unprecedented-in-the-history-of-worthington-an-influx-of-large-amounts-of-developer-related-money/

Regarding WARD: I admire the group greatly for asserting, since 2012, the right of the residents to be heard by the City on an issue of deep significance for them personally, and for the community as a whole.  I proudly accept their endorsement as a recognition of my own commitment to what I call resident-centered policies.  Their endorsements are entirely appropriate (as are, for instance, the Worthington Education Association endorsements of their three chosen candidates), and their efforts are to be lauded, not criticized, as an example of grassroots activism in the best of democratic traditions.

And—if I may try to close on a light note—Mr. Farley’s exaggerated depiction of my bald head on the front side of the piece is farcical.  My kids say Farley photoshopped it to make me look like The Great and Powerful Oz.  Better to laugh than to cry. 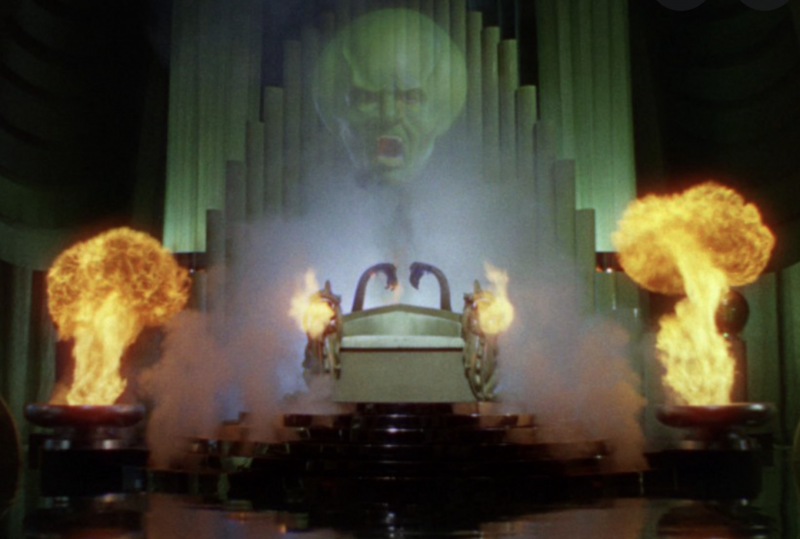