Written by David Robinson on May 31, 2021. Posted in City Identity, History, Public Events 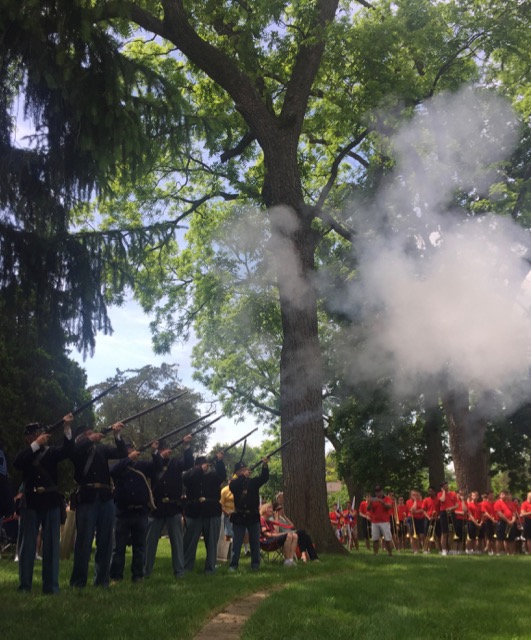 A very modest (due to covid) Memorial Day ceremony was held this year at the Walnut Grove Cemetery, organized and conducted by Worthington’s Leasure-Blackston American Legion Post 239.  (I learned today that the name Leasure-Blackston derives from the names of the first service members from Worthington to die in the First and Second World Wars, respectively).  The parade leading to the ceremony was extremely truncated this year, embarking from Villa Nova, heading south for a couple of hundred feet or so, before turning west on Cemetery.  I thought it appropriate that I re-publish a post from three years ago (below), about the Walnut Grove Memorial Day ceremony.  But there’s two thoughts I’d like to share that stick with me from today’s event:

I confess that though I have lived in Worthington for nearly ten years, I had never attended the Memorial Day service at Walnut Grove Cemetery, nor even visited the cemetery or adjoining Rush Run Park—until today.  The point of this post is to share with you a few pictures of the space and event, and to encourage you to walk the tree-filled grounds some evening or attend next year’s service.

The cemetery dates to 1859, and is jointly administered by the City of Worthington and Sharon Township.  Like so many aspects of Worthington’s history, its creation reflects the belief in public action for the common good.  We owe these early citizens a debt of gratitude for the many places, institutions, and legacies they created and left for us to enjoy and steward in our own day.  http://worthingtoncemetery.com/walnut-grove-cemetery/history/

The keynote speaker this year was Udo Maroscher (President, Navy League of the US, Greater Columbus Council).  He began by reminding us that Memorial Day is not a day to honor the entire military (that is the purpose of Armed Forces Day, the 3rd Saturday in May), nor is it the day to honor all Veterans (that is the purpose of Veterans Day, held on November 11th every year).  The specific purpose of Memorial Day is to provide “a solemn day of reverence and remembrance of those who paid the ultimate price to ensure freedoms we have in this great country.”  This day holds particularly poignant meaning for Mr. Maroscher, whose family fled their homeland in 1944 and emigrated to Columbus from war-torn Europe in 1949, and whose brother was killed in Vietnam on Easter Sunday, 1968, serving as a battalion operations office with the 1st Infantry Division (the Big Red One).  Mr. Maroscher concluded by asking that this day be “a moment of unity as a nation and in honor of those precious lives that were given for its preservation and purpose.” 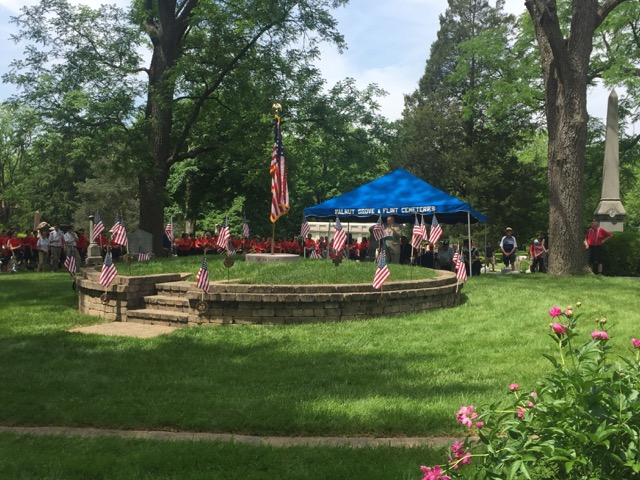 Mayor Holmes’ remarks, the Thomas Worthington Marching Band’s playing of The Star Spangled Banner (and Taps), a 21-gun salute from Civil War re-enactors, the laying of the wreath in the Circle of Honor, and a beautiful invocation and benediction—set amidst the trees and rolling lawns—all served to remind me of the worth and beauty of what we have before us in our community, and, if I may presume to add, what it is that so many thousands have fought and died to defend.

This Memorial Day will mark the 98th year that Leasure-Blackston Post 239 of the American Legion has sponsored the Worthington Memorial Day Parade and the Memorial Day Service. The parade starts at the American Legion Post and ends in Walnut Grove Cemetery at the Circle of Honor, where American Legion Post 239 holds their Memorial Day Service to honor our fallen veterans. The Service begins following the parade, which is approximately at noon. It is a touching site to see all of the flags marking over 1,300 Veteran’s grave sites in Walnut Grove Cemetery. Please join us for this special service to honor those who have given their lives to ensure freedom for all and experience the true meaning behind Memorial Day.  http://worthington.org/calendar.aspx?EID=4570 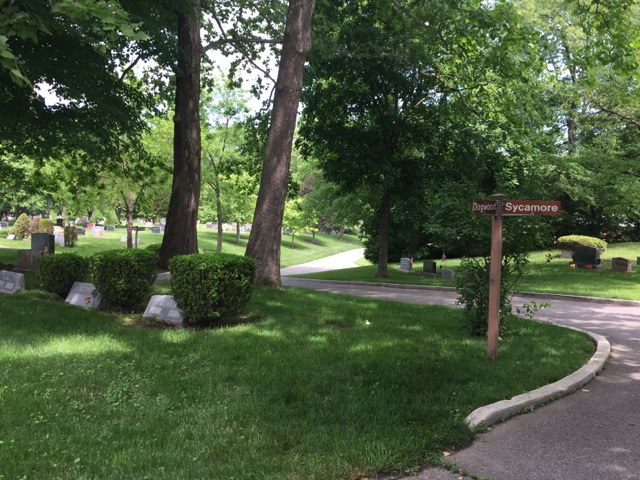